Wayne Tarr has been a member of the Highgate RSL Sub-Branch since 1985. He was appointed a Trustee of the RSLWA on 13 July 2003 and is currently Chair of the Constitution Committee.

He served in the CMF/Army Reserve for 29 years retiring as Infantry Major. This service was followed by 4 and 1/2 years as Colonel Commandant RACT Western Region. He visited Vietnam in 1969 as part of the Familiarisation Tour Program.

He was appointed a Stipendiary Magistrate in 1987 and served as a Magistrate for 25 years until his retirement in 2012. 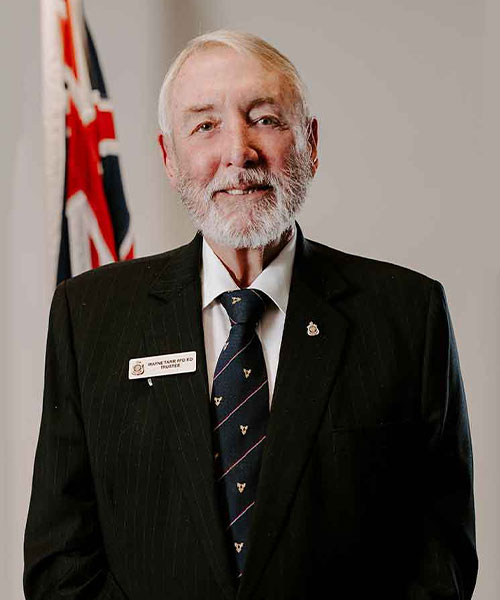