Ken joined the RAAF in Perth in 1967, trained and served as a radio technician, retiring as a Warrant Officer in 1991 – a little under 25 years of service.

Ken settled in Geraldton in 2011, renewing his membership with the Geraldton RSL.

He has served as Publicity Officer there for most of the time since. He has edited the Sub-Branch quarterly newsletter the Birdwood Bugle in recent years and was elected Vice President of the Sub-Branch in August 2017. Ken and Jenny’s adult children and young grandchildren live in Geraldton and Perth.

Ken is also a member of the Soldiers, Sailors and Airmen’s Trust in Geraldton, Geraldton Mercantile Club, Publicity Officer for the Geraldton Croquet Club and a keen golf croquet player. He hopes to visit all the Mid West Region Sub-Branches during his time as an RSLWA Board member. 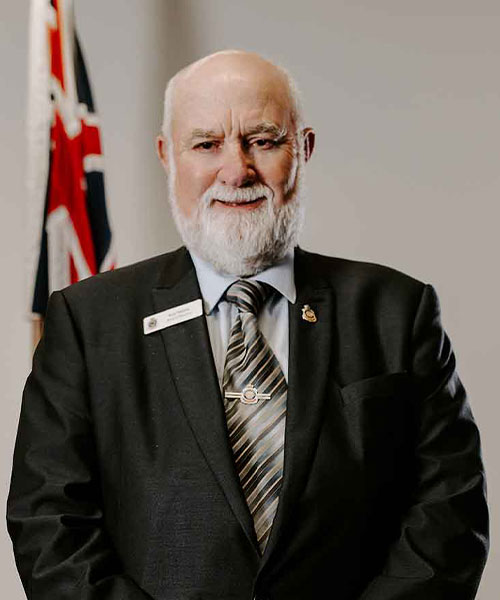