The award is presented to a Sub-Branch with less than 75 members.

And judging by the photo the Tammin RSL Sub-Branch are lapping up their recent achievement.

The Sub-Branch is the first recipient of the new Denis Connelly Recruitment Shield.

The award, only established this year, recognises the efforts of the most outstanding Sub-Branch with less than 75 members for their recruitment of new members in proportion to membership.

RSLWA Operations Manager Martin Holzberger AM CSC took the journey to Tammin to award the shield that will now take pride of place in Tammin Hall.

Tammin, located 184 km’s east of Perth, only has a population of 400 people making the challenge of finding new members all the more difficult.

The shield is named in honour of Denis Connelly OAM who joined RSLWA in 1968 and was elected State Vice President three times.

Denis served on numerous committees and was the editor of The Listening Post for six years. 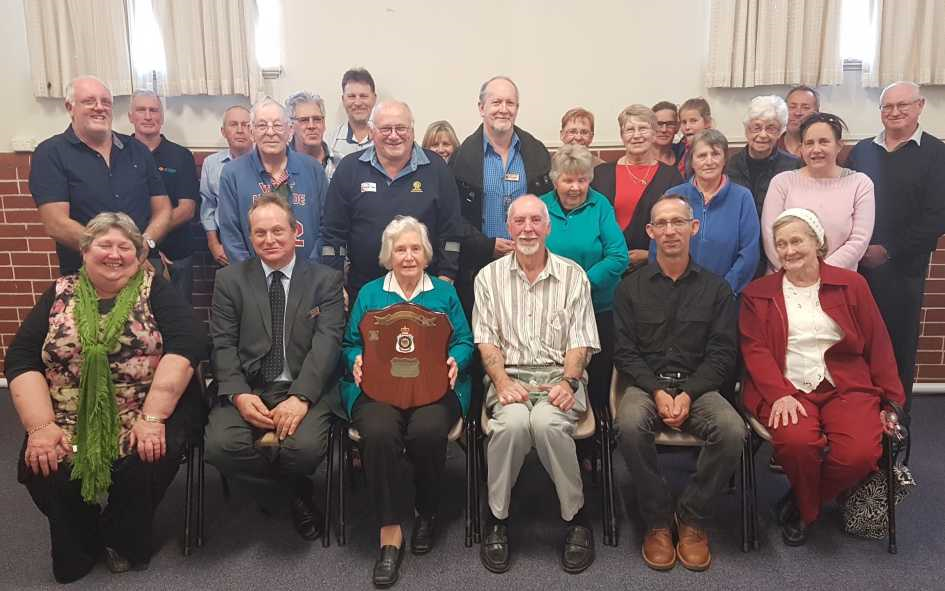