Robyn Steenbach spent 26 years in the Royal Australian Navy, joining in 1981 as a Radio Operator and later transferred to Naval Police Coxswain.

Robyn enjoyed many posting during her time in the RAN and was very proud to be the first Naval Investigator for IGADF when it was formed.

When Robyn was discharged from the Navy in 2007, she and her family relocated to Kalgoorlie WA. Robyn started working in the Human Resources/Recruiting field as a Manager for a Recruiting Company and has continued in that line of work since. Robyn is currently the HR/OHS Manager for Kennedy Drilling in Kalgoorlie.

One of the best things for Robyn about being in HR/Recruitment is that she can either recruit or help people discharging from the Defence Force, by assisting them to find work in the Mining and Resources industry, utilising the skills they have learnt and or obtained whilst serving.

Robyn still lives in Kalgoorlie with her husband Jens, son and daughter in law, Matt and Kylie and her four grandchildren, Eric, Beth, Hayley and William.  Taking up new hobbies and interests when arriving in Kalgoorlie saw Robyn get involved not only with the RSL but also with the local horse racing club (KBRC), Robyn currently owns 5 racehorses and is also a Director of the KBRC. 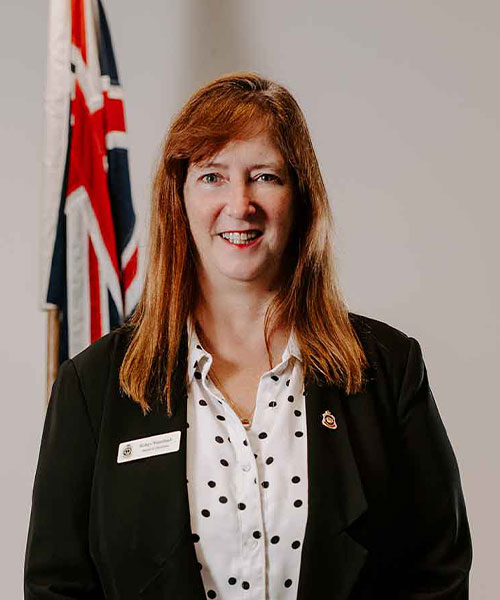